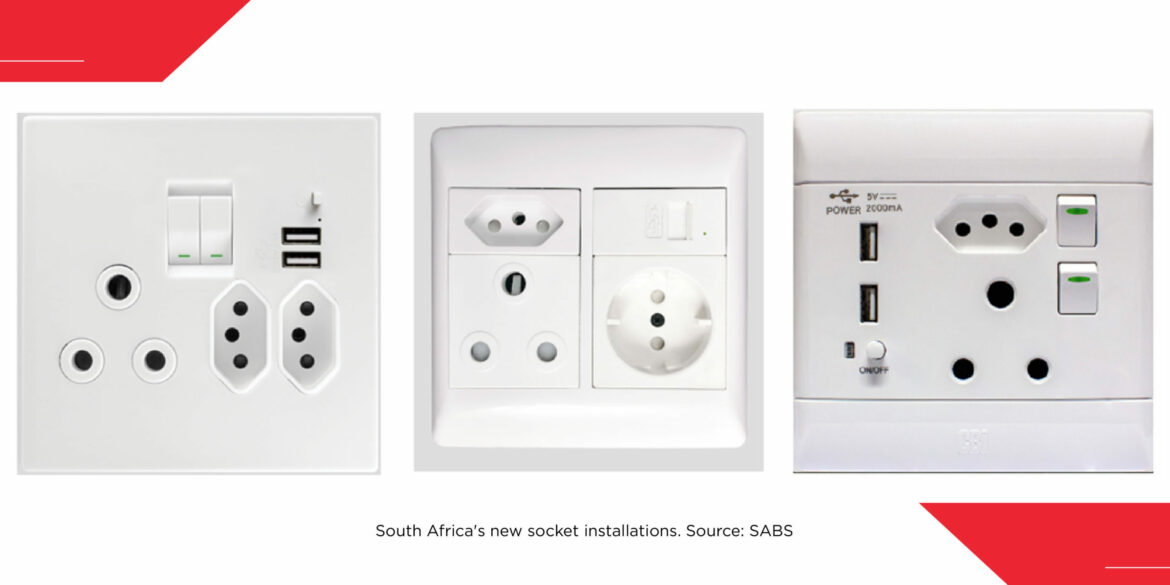 All future buildings in South Africa must incorporate electrical sockets that conform to South Africa’s new plug and socket standard.

The new mandatory SABS standard for sockets came into effect January 2018.  According to new requirements,  the plugs, which feature three large pins configured in a triangle, are now giving way to the hexagonal three-pin design, dubbed SANS 164-2.

All new buildings have to be fitted with SANS 164-2 socket. These sockets can also include the old three-pin plugs, but they must include the new SANS 164-2 plugs.

Although the new SAN 164-2 standard is now a formal requirement, the old standard is still legal in South Africa and does not affect any existing buildings.

The aim of the new plug and socket standards is to reduce the number of adapters as these can become fire and safety hazards.  The new 164-2 sockets is much smaller and can therefore accommodate more plugs in the same space.  It also works with the Europlugs – two point plugs, which are commonly found on appliances in SA.

A socket which accommodates the new SANS 164-2 plug, the old three-pin plug and USB ports – along with switches for each. Source: SABS

A socket for the new SANS 164-2 plug, the old three-pin plug as well as for a round two pin-plug. Source: SABS